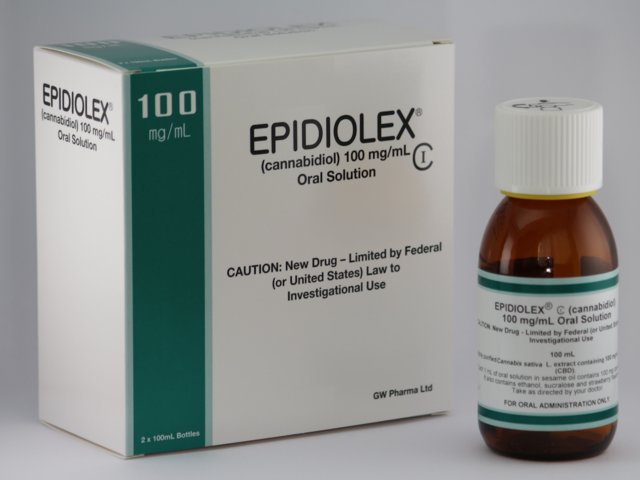 Change is coming for a small but blooming corner of the marijuana industry.

A compound in marijuana that’s been linked to a range of potential health benefits — but doesn’t cause a high — is increasingly being eyed for use in salves, oils, balms, and beverages. It’s also the active ingredient in a prescription drug that became the first federally-approved medicine of its kind on Monday.

Before Monday, cannabidiol, or CBD, was estimated to make up a roughly $1 billion industry. But that could change fast now that the first CBD-based medication will soon be available legally with a doctor’s prescription.

That approval will also jump-start demand for products that have not been federally reviewed, opening up a huge opportunity for retailers and manufacturers to either work alongside the new regulations or take advantage of the legal grey area in which they’re currently operating.

The move could unleash what Drug Enforcement Administration public affairs officer Barbara Carreno called a “sea change” for the existing market of less expensive but untested and potentially risky CBD products, such as those sold in convenience stores and marijuana dispensaries.

The drug that could revolutionize the CBD market

Since at least 2017, drug company GW Pharmaceuticals has been presenting strong research data to suggest that its CBD-based medicine, a syrup called Epidiolex, can treat the symptoms of two rare forms of childhood epilepsy characterized by violent seizures (known as drop seizures).

Before the drug was officially approved on Monday, experts said an official green light was likely.

“This is clearly a breakthrough drug for an awful disease,” John Mendelson, a panel member and senior scientist at the Friends Research Institute, said during a public pre-approval meeting to discuss the drug’s scientific benefits in April.

Orrin Devinsky, a neurologist at New York University Langone Health and a lead author on some of the GW Pharmaceuticals studies, told Business Insider, “I’d personally be very surprised if this drug was not approved.”

Now that Epidiolex is approved, the DEA has 90 days to shift the classification of marijuana-derived CBD from the current categorization as something with “no recognized medical use” to a Schedule 2, 3, 4, or 5 drug like the ADHD medication Adderall (Schedule 2) or a codeine-containing cough syrup like Enditussin (Schedule 5).

Once that happens, “all the [CBD] manufacturers have to be registered with us,” Carreno said. “That’s going to make a huge difference to the industry.”

For now, thousands of CBD products exist in legal limbo.

That’s because there are two main sources of CBD: marijuana (which includes the leaves of the plant), and hemp (just the stalks and sterile seeds).

But there’s a lot of confusion in the space about which CBD products are legal or not. That’s made some CBD manufacturers skittish about selling products outside of states where marijuana is legal.

Even so, plenty of other CBD companies are looking to expand across the country, reasoning that because their products are hemp-derived, they’re legally in the clear.

Denver-based company Phoenix Tears recently signed an agreement with MarketHub Retail Services, a distributor that works with 7-Eleven franchisees, to get its hemp-derived CBD products in up to 4,500 stores by the end of this year.

“This agreement confirms our belief that CBD’s status as a mainstream wellness option has arrived,” Phoenix Tears founder Janet Rosendahl-Sweeney said in a recent statement.

Regardless of where the product comes from, there’s another pressing issue facing the CBD industry. The products are poorly regulated, and so there is wide variation in content, safety, and price.

For a 2017 study published in the Journal of the American Medical Association, researchers tested 84 CBD products purchased from 31 different online retailers. Roughly seven out of 10 items had different levels of CBD than what was written on the label. Of all of the items tested, roughly half had more CBD than was indicated; a quarter had less. And 18 of the samples tested positive for THC, despite it not being listed on the label.

“I’ve seen a lot of dirty CBD manufacturing facilities,” said Kelvin Harrylall, the CEO of a company called the CBD Palace that audits CBD companies and creates a list of vendors it deems safe for customers. “It’s tough to know what you’re getting.”

According to the DEA, the approval of Epidiolex is slated to change all of that.

“This is going to be a sea change,” said Carreno.